When A family friend asked me to custom paint his motorbike I jumped at the chance.

There were some restrictions; Firstly the main colour had to be the same as the old colour (dark burgandy/purple candy). The second criterion was the name had to remain the same other that that i was free to do what I wanted.

Well I am not much of a motorbike man. I like 70s racers and cafe racers but beyond that i really don’t know a great deal about motorbikes. So I thought I better do some research. I started by looking at how a late 70s Kawasaki Z1000 A1 should look. Using this a basis I did not want to be to modern in the design so I opted for a classic tank mural and traditional Z1000 inspired striping.

Luckily I knew Ray (the owner) quite well and i associate him with images of motorbikes and car parts being worked on in the kitchen and assembled in the living room. But a kitchen based scene did not seem visually appealing. So I thought that maybe a scrap yard would add more visual interest. And as the bikes previous mural was of a stoned and drunk goblin I thought a retro biker smoking alien would be cooler. So out came the pencils and art pad to start working out the graphics. 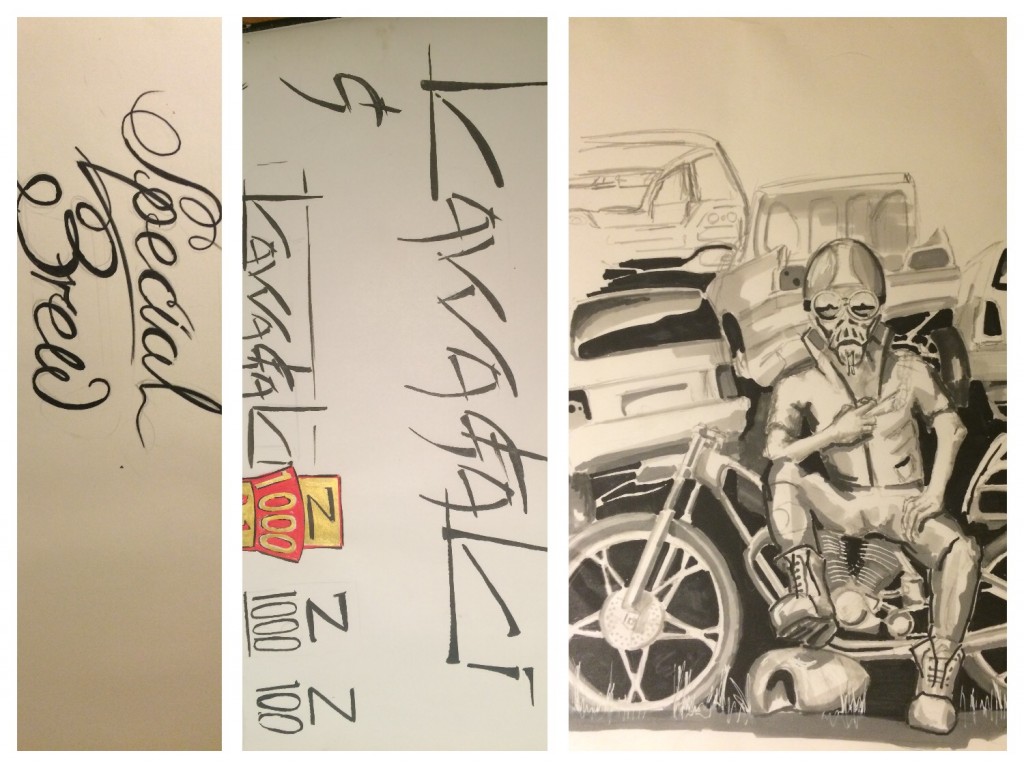 Next we had to remove the dents in the tank prime and prep for paint. With the purple laid down next I masked out the design area and stripes and applied a coarse silver base to those areas. Now the tricky bit how to airbrush my design on to the tank. I started with a rough mask from my drawing which allowed me to block in the darkest key areas and get all the outlines in place. After this it was just straight freehand airbrush work. 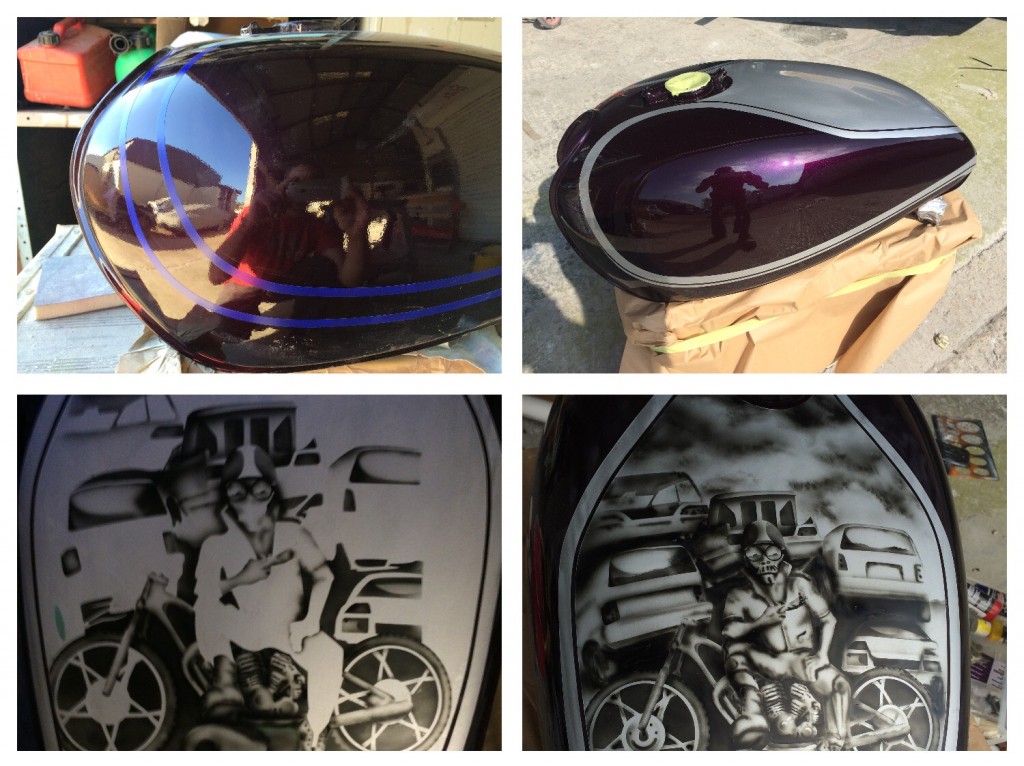 First stages: Laying down the base colours then blocking in the design and airbrushing in the details

With the design on the tank I started work on the side and rear graphics. For extra punch gold and coffee candy tints where applied to the sliver areas for a hopefully retro 70s period inspired motorbike with hints of the original Kawasaki striping. Really looking forward to seeing the bike all assembled. 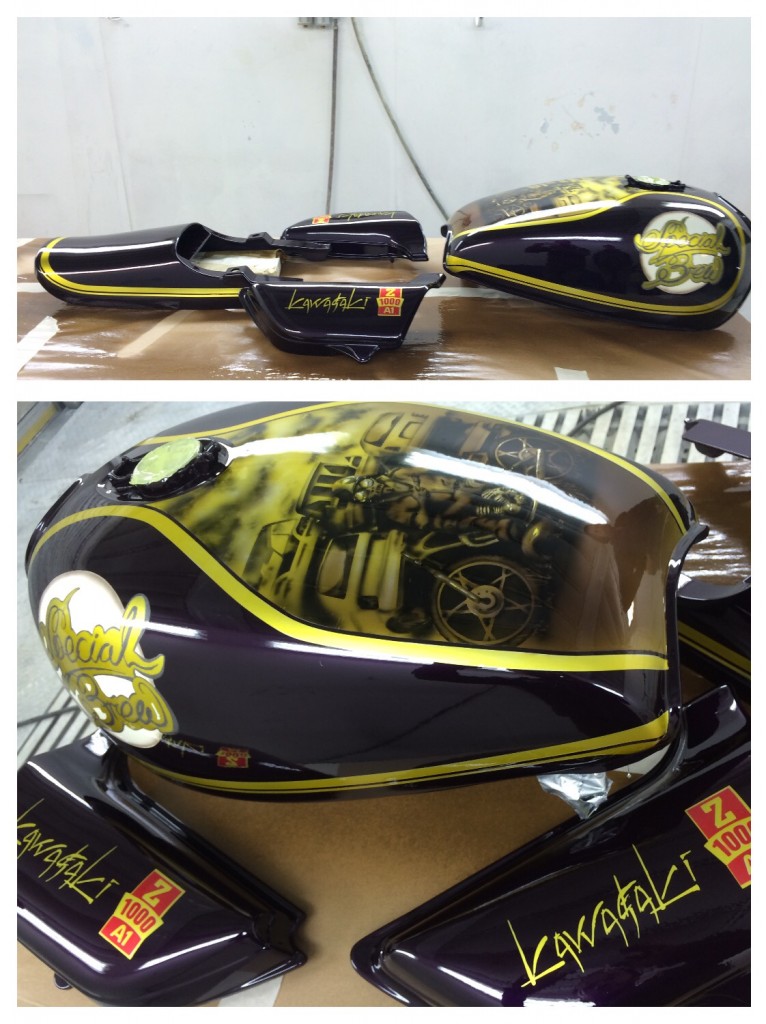 A long but enjoyable and satisfying job with a steep learning curve. Thanks Ray for letting me custom airbrush you Motorbike Parts.