Local car enthusiast Joe contact me via facebook to enquire about getting his VX220 race car painted and whilst we where there showed me his old VW Baja that he had bought for a bit of fun. The car was in a sorry state and when he asked how much to paint her I draw a big gasp of breathe and in a very builder fashion started umming and erring.

the body work was just to far gone to make the project financially feesable it needed considerable welding, GRP repairs and body smoothing to get a descent job. 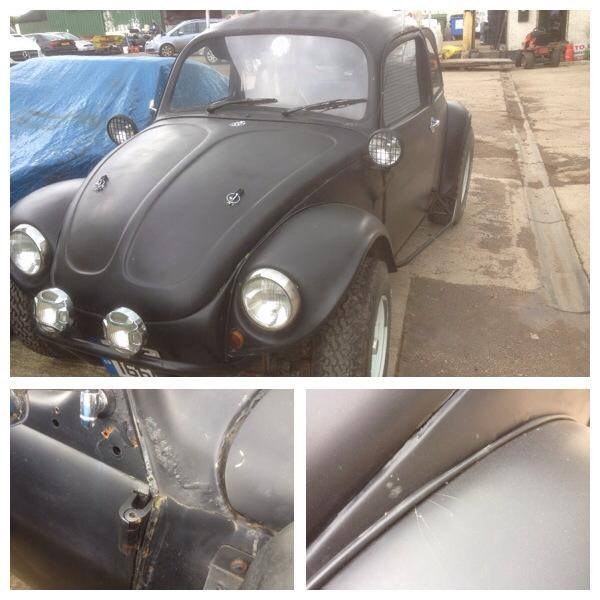 Joe liked the sound of it and said ‘as long as it can be done cheap lets go for it, you have full creative control over the results.

He dropped the car of 2 weeks later so i started experimenting with finishes, whilst also repairing some of the cracked fiber glass parts that I wanted to look like raw old metal. 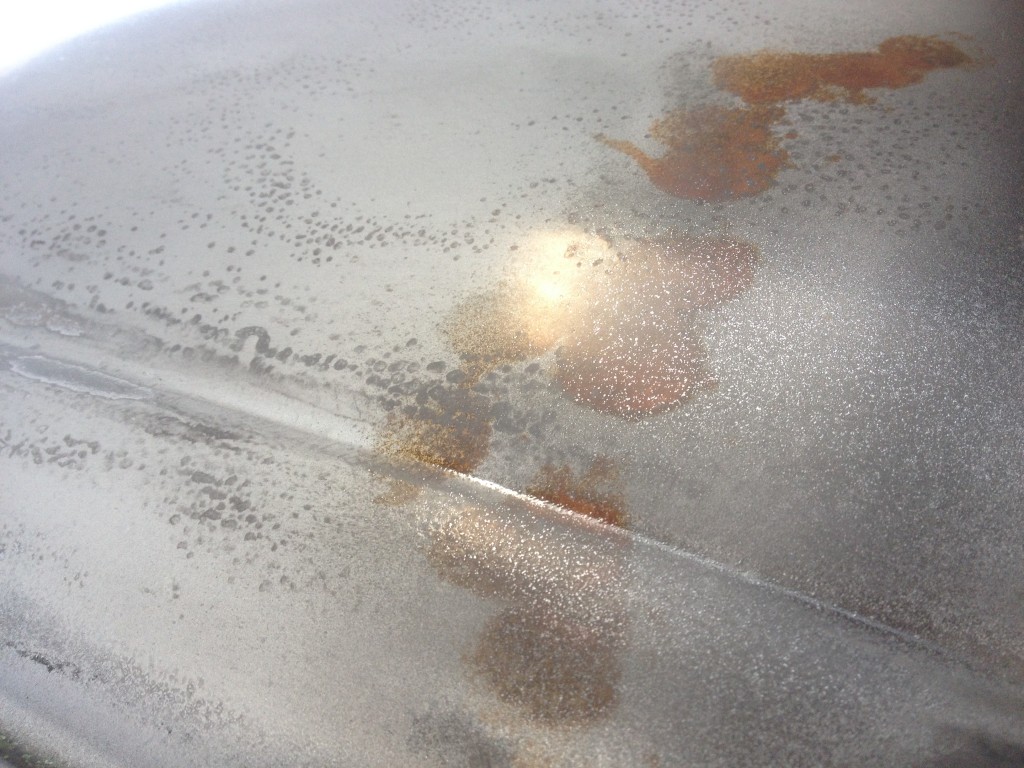 Test area – aluminium paint on the left transitioning to steel paint on the right with sum rust in between I particularly like the sparkles on the steel.

I used a combination of paints to get the final results and then applied a coat of lacquer to finish. some parts where flat and polished and other areas where left matt for a more aged look. 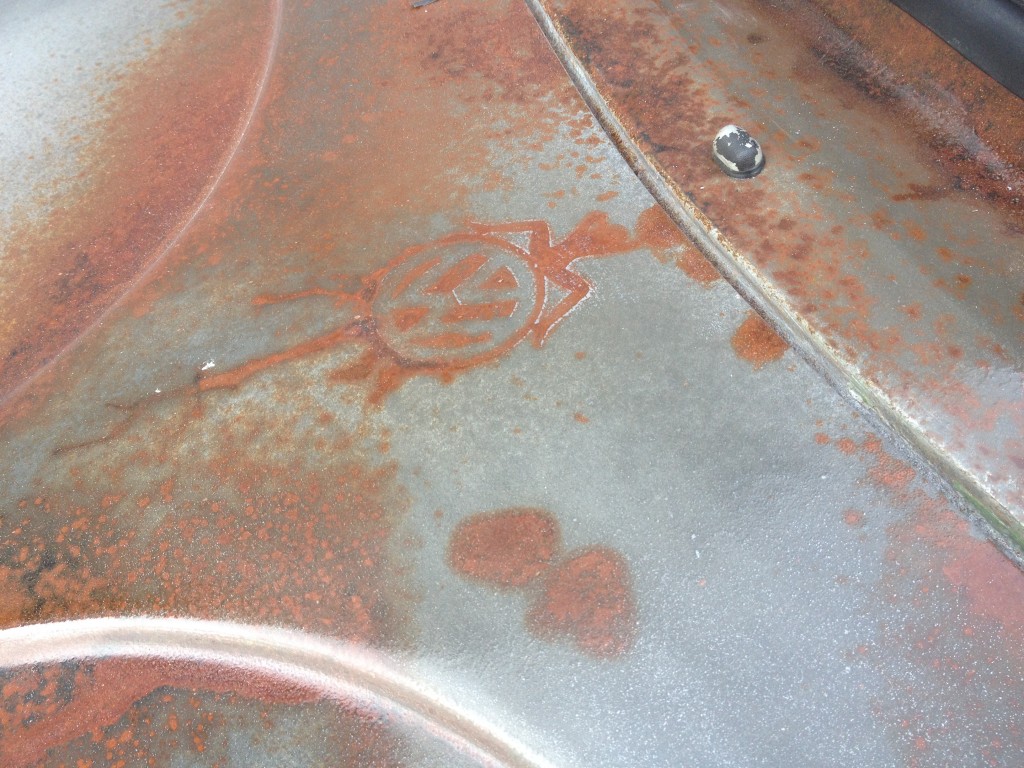 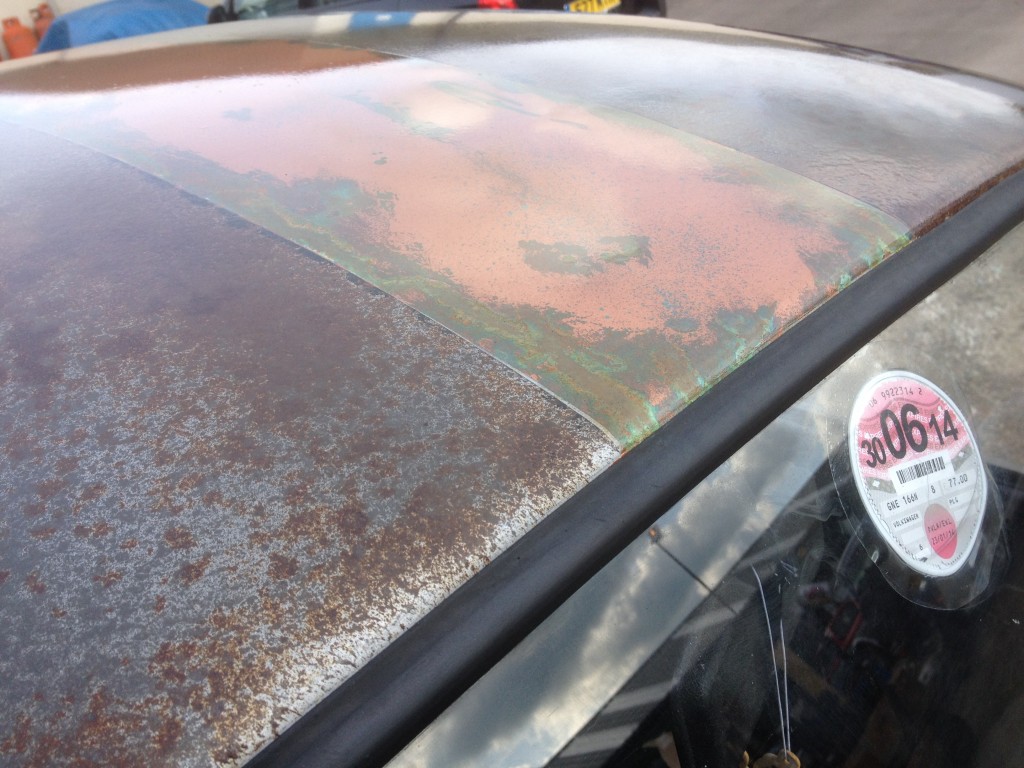 Fake copper strip and verdigris band running down the roof and on to the GRP rear spoiler. 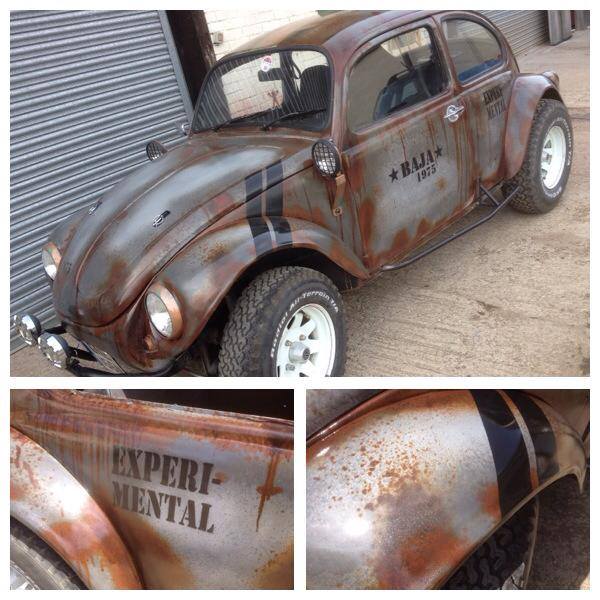 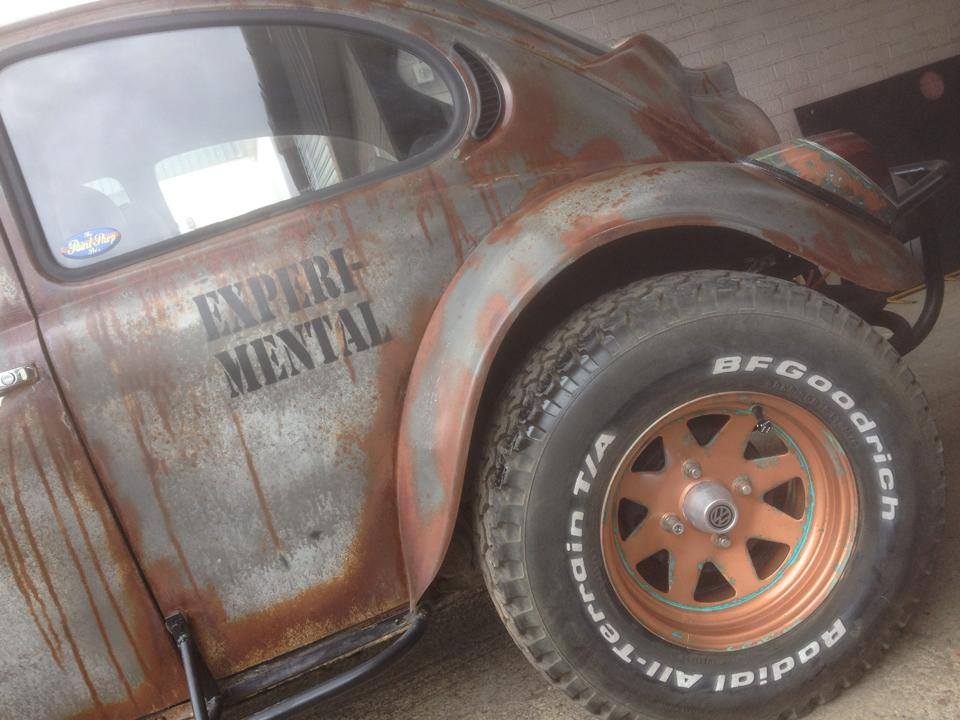