We all know that replica cars can be hit or miss in terms of there build quality. Often assembled using a mismatch of bits and bobs from various manufacturers cobbled together over a hand made GRP mould produced in someones garage.

This particular example of a Porsche 550 replica body was actually fairly reasonable produced. The GRP (fibre glass) was of a good thickness and had very few stress point marks. However it was not without it’s faults.

The picture below shows the 550 as it arrived although it looks reasonable in this picture it was definitely a 3meter car (best viewed from a distance). You will notice the panel gap on the rear claim and in the following photos you will see the Guards red paintwork is marred by a black pattern almost as if the base coat paint work had been wiped on rather then sprayed. According to the 550s current owner, a previous owner had placed a plastic sheet over the car and removed it to find these marks. 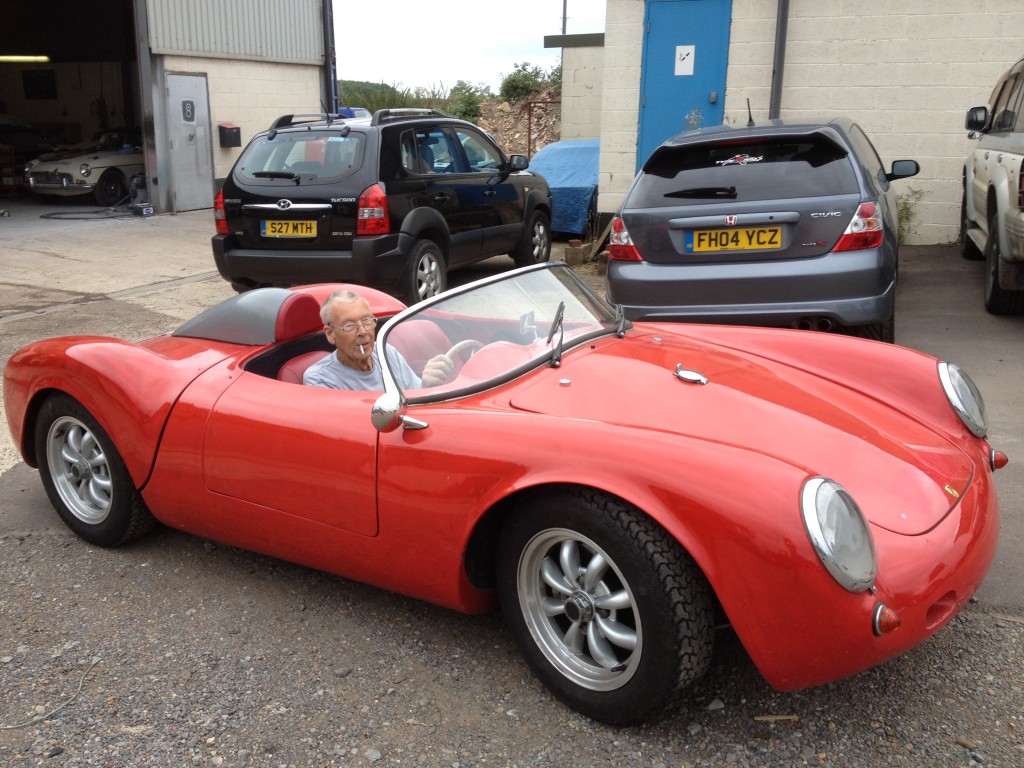 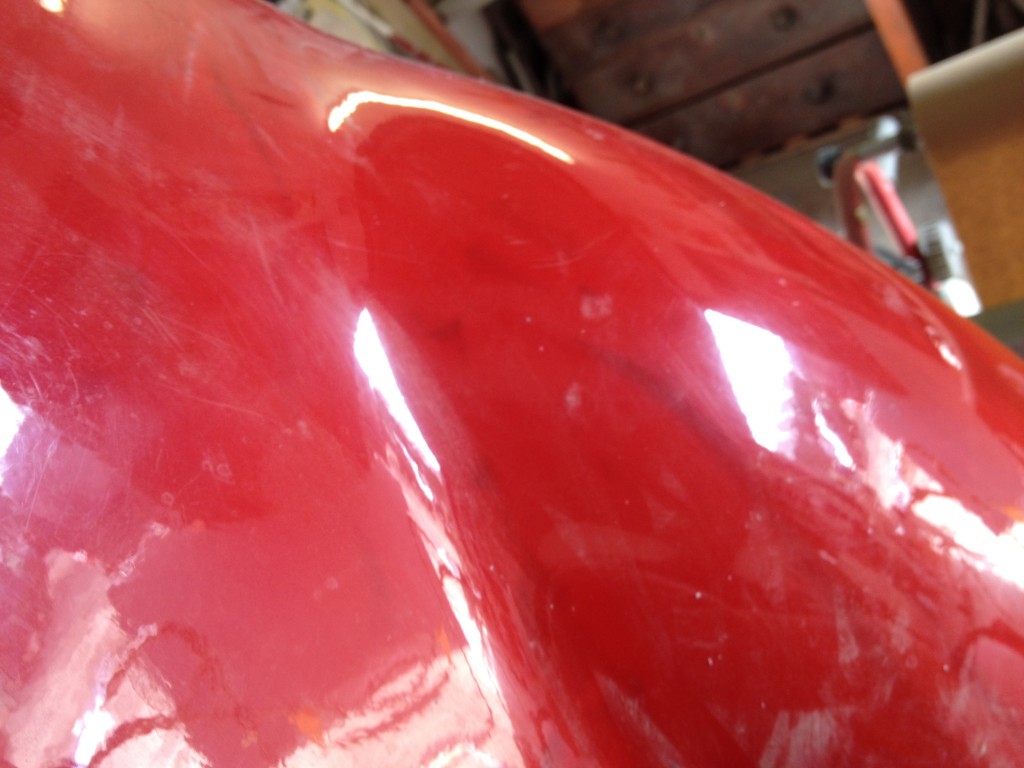 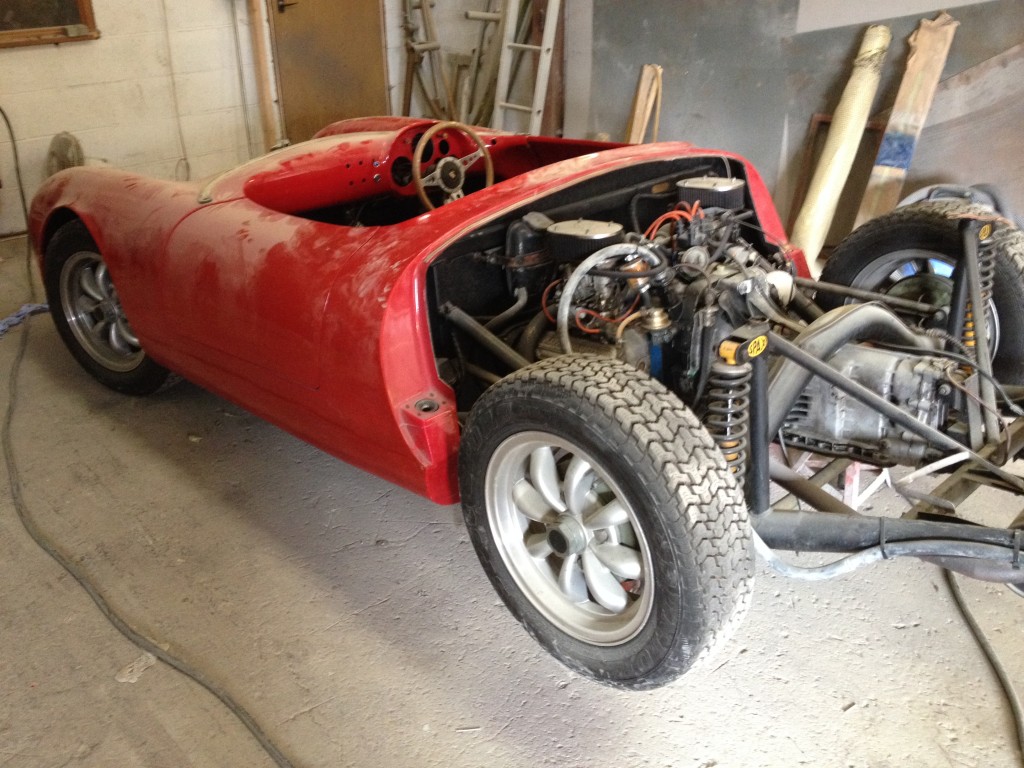 The first port of call was to re-align the rear clam. This needed to be done before any further work could commence. So we removed the clam made it adjustable and tried everything to get it to align and close. Unfortunately one of the clams catches was not operating correctly, deciding that this was not helping the fitting we sourced a new one. When the new catch arrived and was fitted we found that the body design for the catch placement was totally unsuitable to get a solid closure so an alternative would have to be devised. The rear clam alignment was really holding us up on this project. It was almost as if the clam was cut wrong to begin with so we decided the only solution to improve the fit was to build the GRP (fibreglass) edge out. To do this we cleaned off the offending edge, reamed biscuit key ways in to the edge and then used plastic to create a temporary mould. Fibreglass resign and micro fibres where poured in and left to set. Once the extension was set the clam was mounted back on to the chassis and was filed back to fit the cars profile. 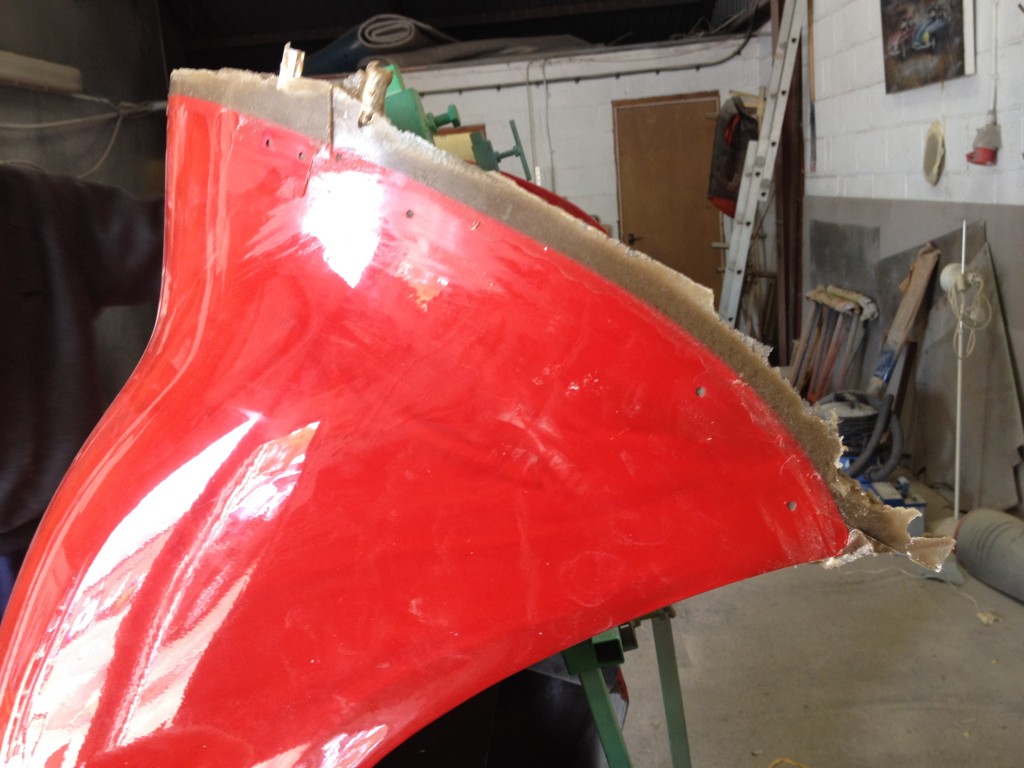 Next the body was sanded. The white patches in the image below show some of the areas that where misshaped from manufacture ( original mould ). 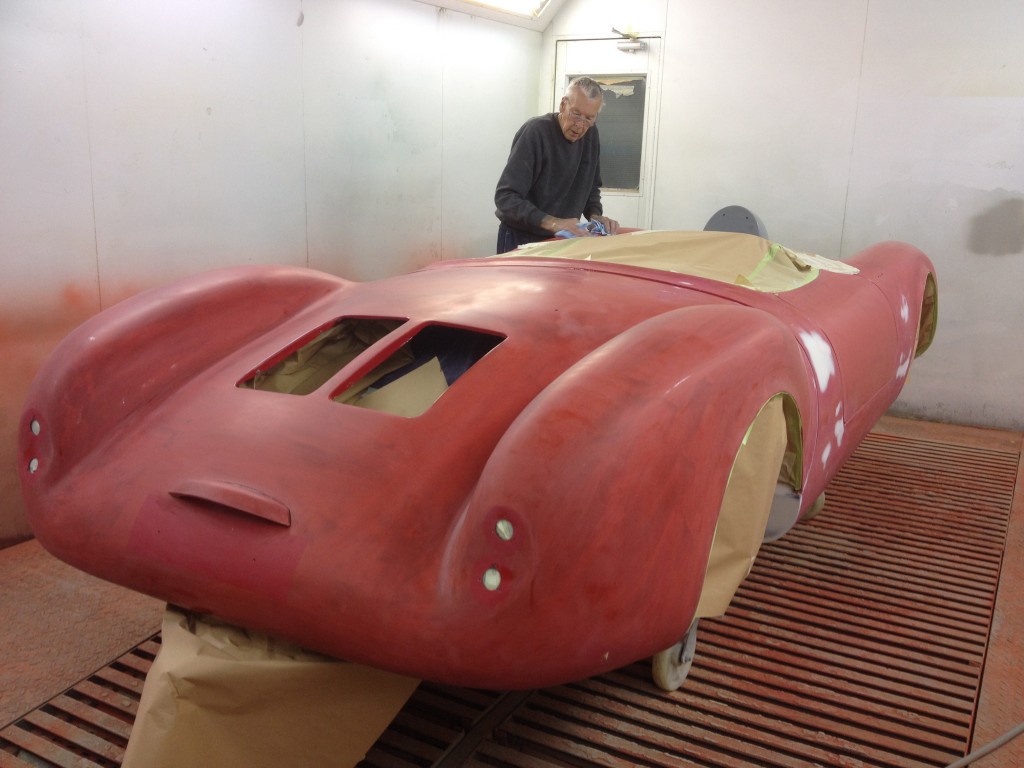 Being fibreglass the body was primed with epoxy primer. The epoxy primer was then rubbed down and re coated. The hardest this with GRP bodies is trying to remove the panel imperfections. 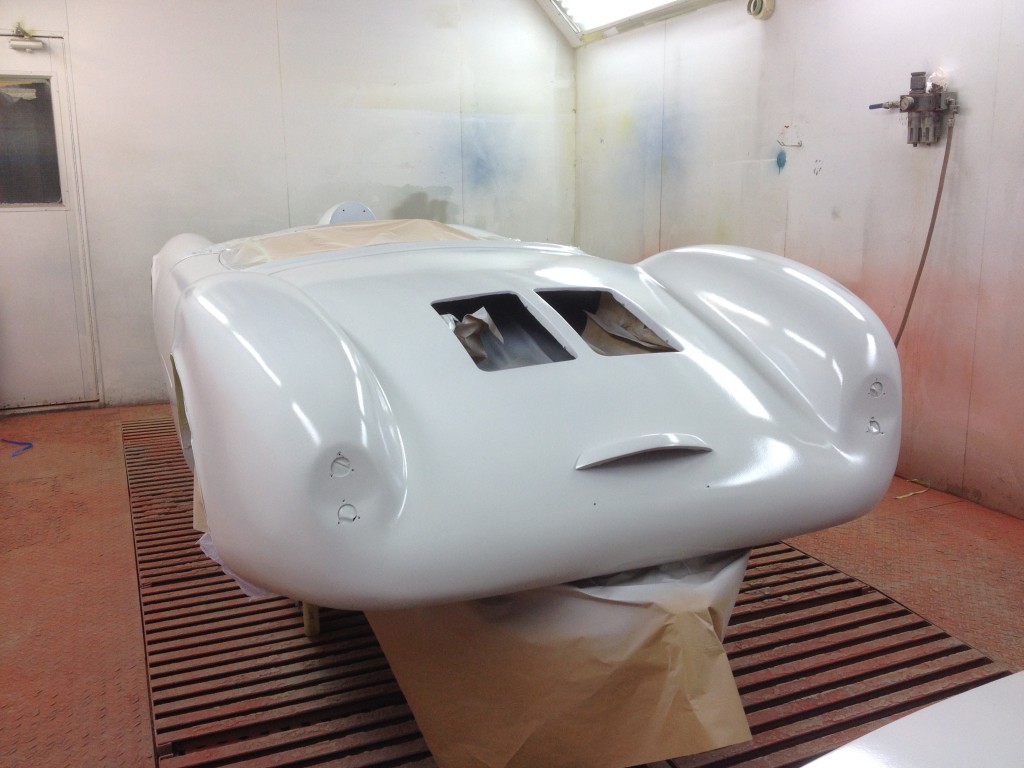 The interior and shuts where painted first so that the body could be painted in one hit. The Gun metal gery shapes took 4hrs to mask evenly. The problem was trying to get the lines to look correct from all angles (front, back and top) especially as the rear arch profiles camber and are visually offset to the front. 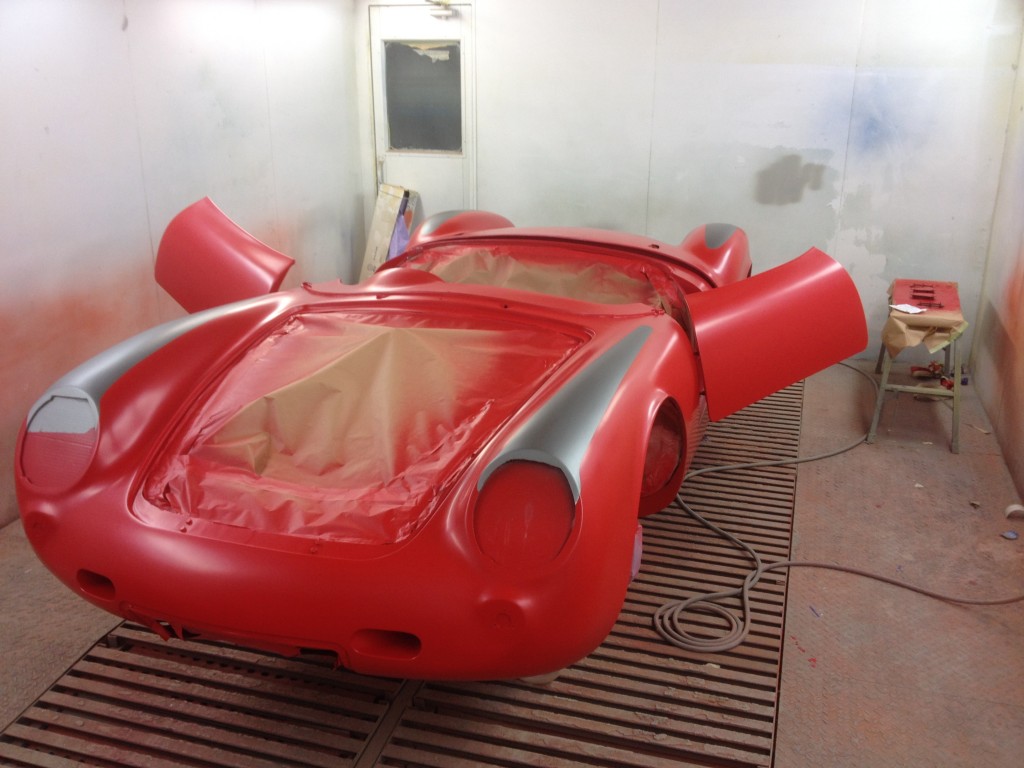 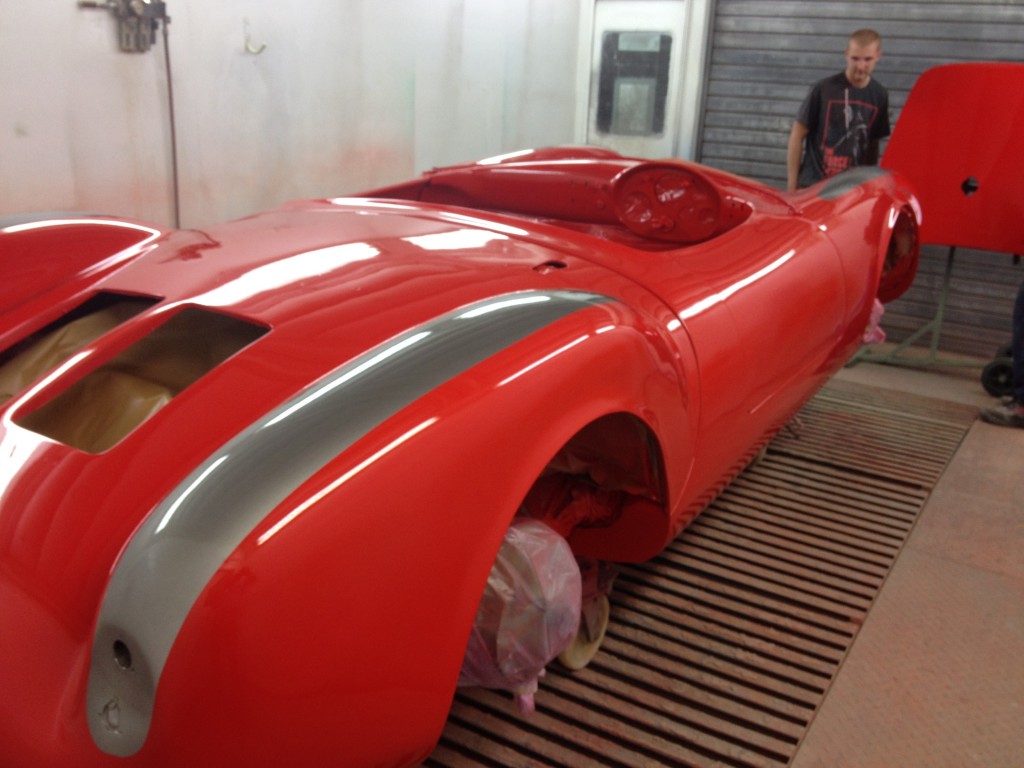 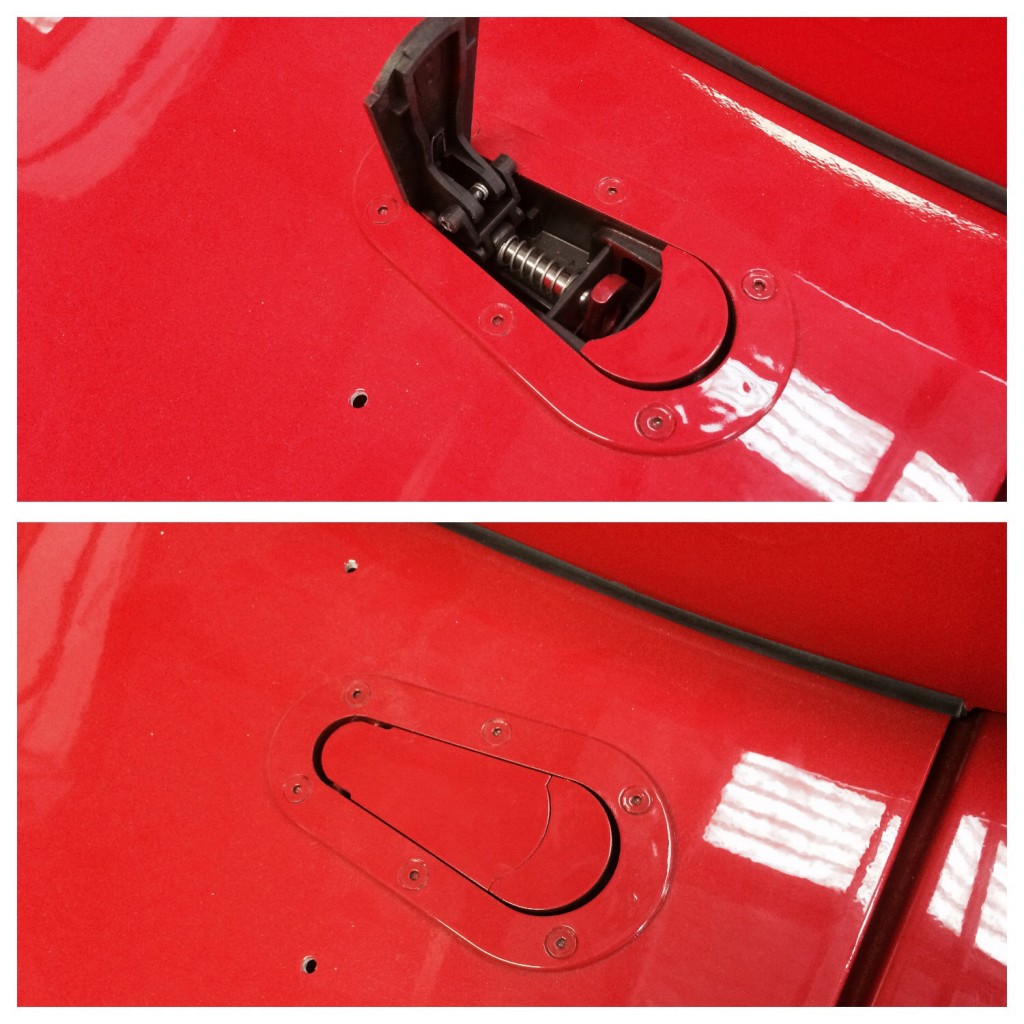 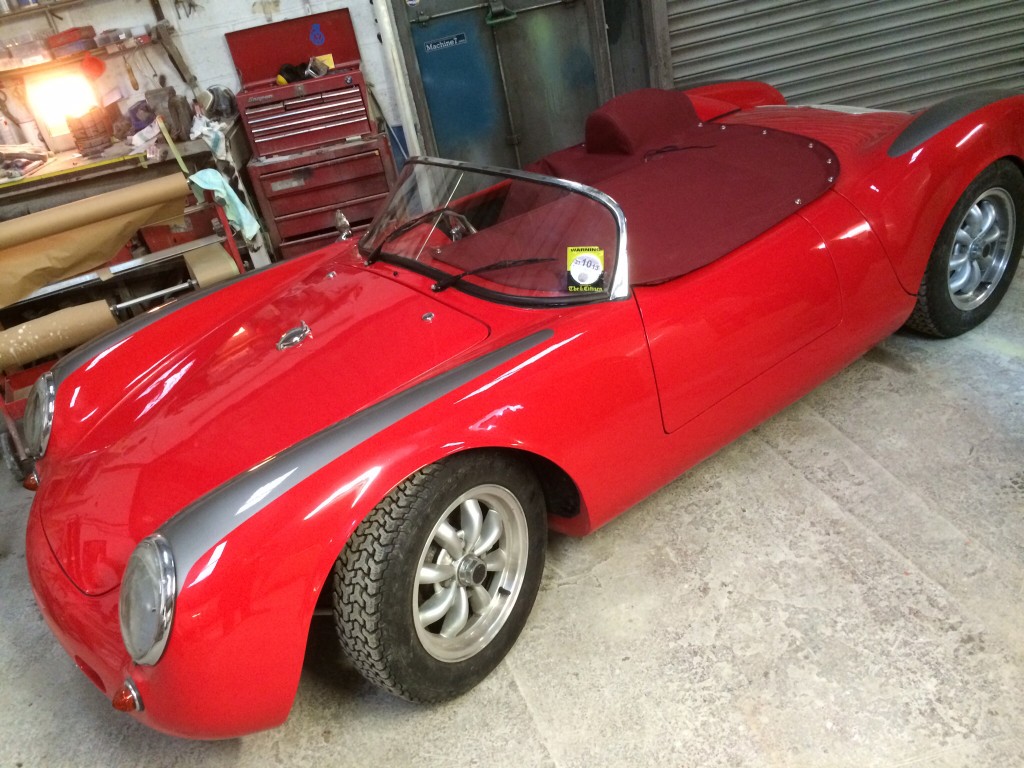 Tonneau cover made for customer by Dave the trimmer 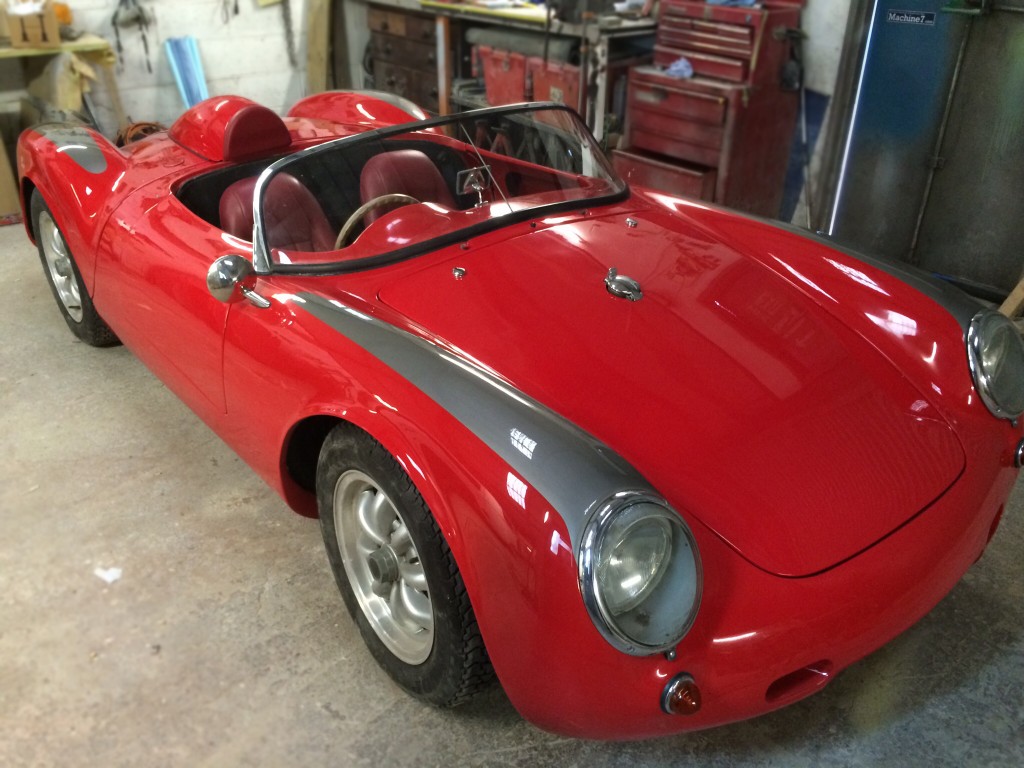 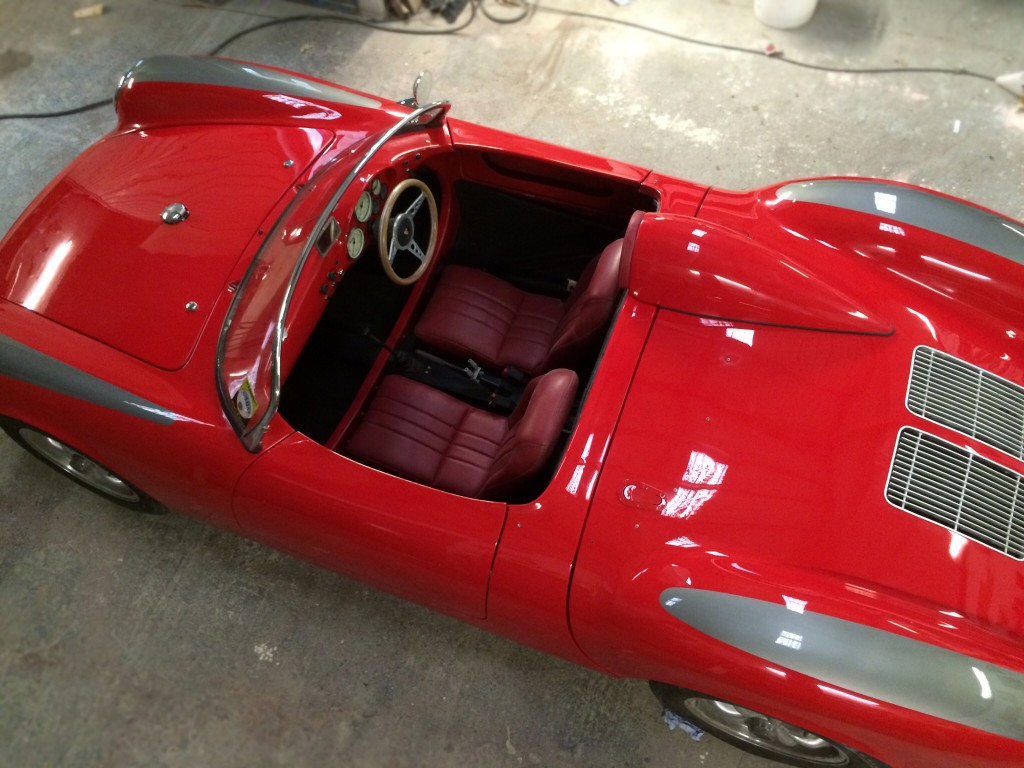 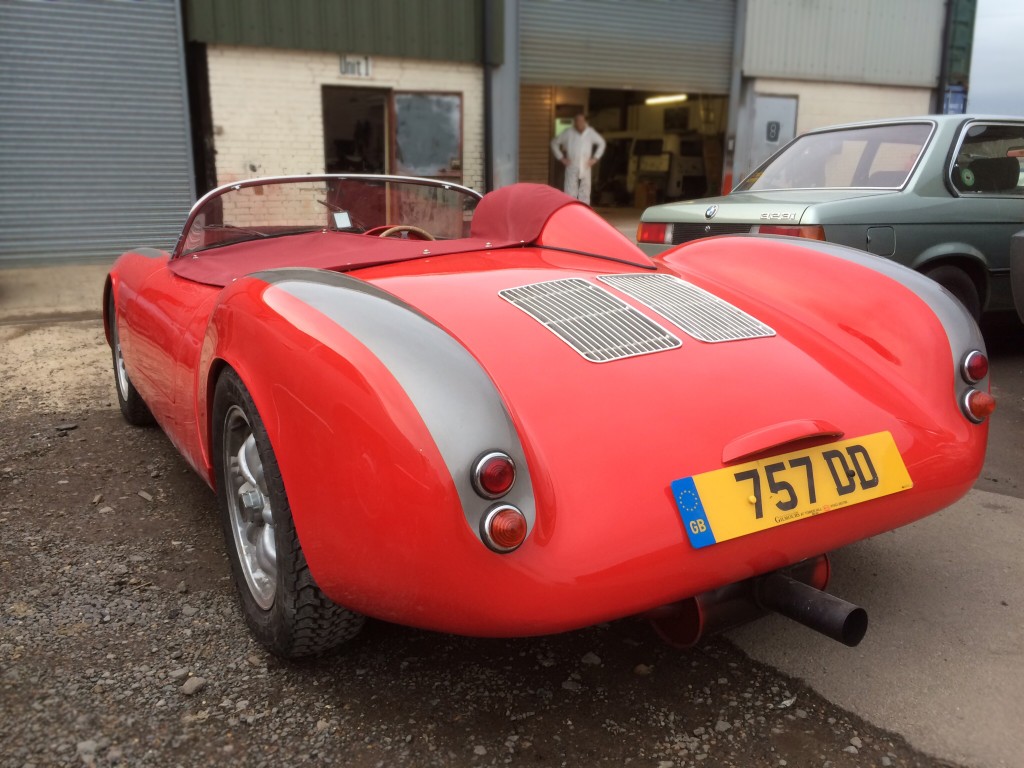 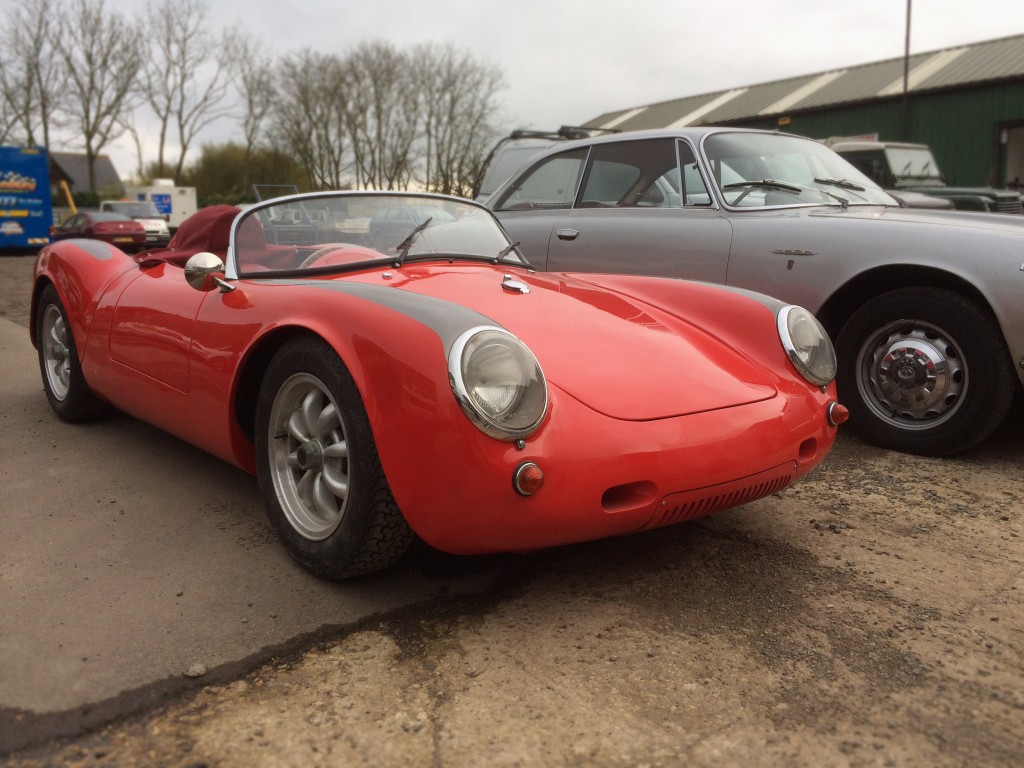